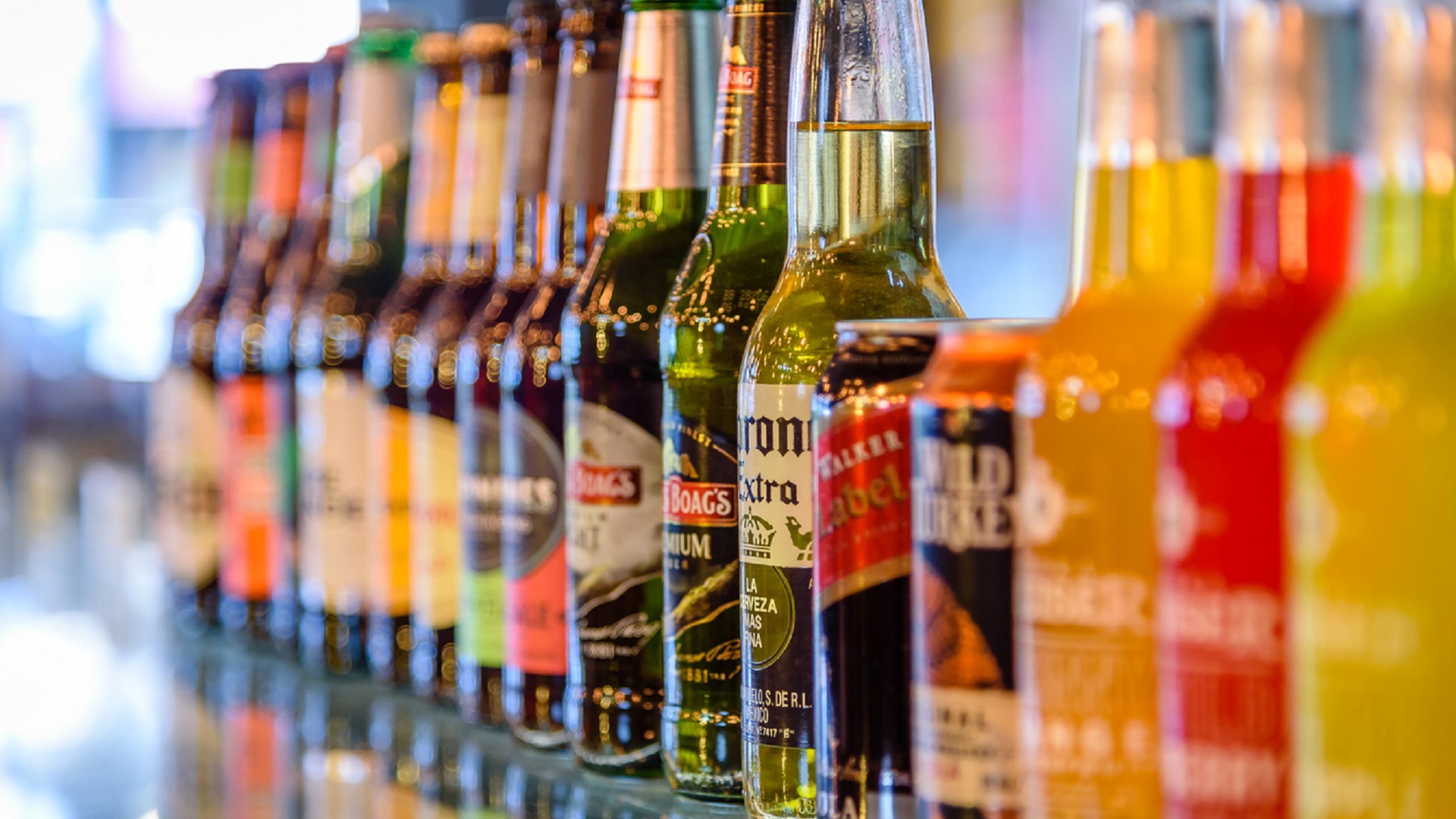 Alcohol is a big part of most of our lives, we all enjoy a drink with friends and family, but it’s one of the first things to go when we start our diet.

A diet is often made harder than it needs to be, and most of the time less enjoyable than necessary. Cutting out foods you enjoy, going cold turkey with your alcohol consumption, and ultimately having an effect on your social life.

A few characteristics of a successful diet would include for it to be sustainable, enjoyable and to have minimal effect on your socialising, all of which WILL BE affected if you eliminate certain foods/drinks.

If you go with the “I’m not drinking again” approach, what will you do at Birthdays, Weddings, Christmas, Work gatherings, social gatherings? While drinking on every single given opportunity probably won’t favour you anyway, drinking every now and then, will cause no issues.

The same applies to alcohol as it does with food, if you tell yourself you aren’t going to touch a drop of alcohol from now, the first thing you will want to do is….you got it, drink yourself silly! You know that red button they always talk about? Someone tells you not to touch it, you do that exactly opposite, it is very similar within nutrition. Alcohol is nearly as calorie dense as fat, and contains 7kcals per gram, meaning it doesn’t take too many drinks for the calories to start adding up.  As alcohol will be consumed in a liquid form, this in itself will lead it to be very easily consumed, due to the fact liquid calories aren’t particularly satiating, and it won’t take long for 100’s to become 1000’s on a heavy night out. This being said, it’s not just the alcohol in itself which could lead you off track.

What did you eat the last time you had a few?

It probably wasn’t the under 400kcal “Be good to yourself” ready meal was it? You will be much more likely to go to the kebab shop, McDonalds, or Burger king which all would provide up to, and above 1000 kcals. Beyond the calories from alcohol, this will add further calories to your day, and put you far more likely to go over your calories and into a surplus for that day.

While we can’t change the fact alcohol is very calorie dense, we can make the effort to look to change our choice of drink to possibly a lower calorie alternative. We know there are some drinks that tend to be higher in calories than others, but let’s take a look into a few comparisons…

As you can see there is a wide range between a few different options for just 1 drink. You could have 3 vodka Lime & Soda’s for the same calories as 1 pint of beer, and to think 1 Jager bomb has more calories than 1 small glass of wine is crazy! Now you can see how the calories add up quickly, and how easily it can affect your day if you are not careful.

Now we know Spirits are by far the lowest calorie option, we can delve a little deeper into looking at the calorie comparisons of a few options…

Although the calorie value of spirits is fairly similar, it’s not always the case, and the difference can be quite significant after you have had your fair share. Typically the clearer the spirit the lower the calories.

So, for the beer drinkers out there, are they all as bad as they seem, or is there any better alternative you could choose from? Let’s take a look….

Again, a few similar options, but a big range between them, and this is just based on 1. By the time you have had 5, you could’ve saved yourself, 370kcal if you made a slightly different choice.

Cocktails are often the ones that pack a punch (pun intended) due to the high alcohol content and sugary mixers added, but are they all to be frowned upon?

Probably the most consistency within the choices, but still a pretty hefty amount of calories coming from each drink. You may think 160kcal doesn’t really seem a lot, but by the time you have had 2-3 cocktails that could be near on 500kcal you have consumed.

So, what do we do leading up to a night out to limit the damage?

The most important thing to realise when looking at alcohol, is the fact it still contains calories, and as you can see from earlier in this article, a fair amount of them. As we know, Liquid calories are very easily consumable as they provide very little sense of satiety, and therefore can accumulate quickly.

The easiest way to factor in alcohol is to look to look at your calorie average across the week, opposed to day to day. If you know going out is going to leave you going over your calories by say 500kcal, all this means is you will have to “lose” 500kcal in the week elsewhere. This could mean knocking off 100kcal 5 days leading up to your night out

As you can see, despite fluctuations in calorie intake day to day, the weekly average remains the same.

As addressed in the comparison tables, we can see there are lower calorie alternatives to most drinks and therefore will be ways of moderating calories. This will largely depend on the quantity you have, you can’t justify having 10 Gin and Tonics just because they are the a lower calorie option.

What can I do to limit the damage?

That 2000kcal Domino’s pizza isn’t probably the wisest of choices, and will most likely blow your calories out the water, despite how you control your alcohol intake.

Again what you eat will fall down to the calories of it. You could easily put away a 1300kcal KFC no problem.

Don’t go steering clear from the kebab shop too fast though. A chicken shish kebab is actually a fairly good meal. Carbohydrate from the pitta. Protein from the chicken, and some good nutrition from the salad. As long as you don’t drown it in garlic mayonnaise you probably won’t be looking much past 500-600kcal

McDonalds, this could even be an option. The grilled chicken wrap is only about 370kcal, and could be factored in quite easily, while still giving a fair quantity of protein to the day.

Going out and enjoying yourself isn’t a case of eliminating everything, it will just fall down to being smart with your approach, and being sensible with how much, and what you consume.

We now have an idea of what we can do leading up to a night out, and the choices we make to help keep us on track as much as possible, but what happens the day after?

You’ll probably wake up around 10AM feeling a little sorry for yourself, who can relate? It’s important to try and pull things together the following day, and not let one night spiral into a whole weekend.

If you managed to work on reducing calories leading up to the night out, and you were able to keep to the allotted calories when you were out, there’s no reason why you should need to do anything differently the next day. If you went over your intended calories, it’ll make sense to take this into account and work on reducing calories slightly the day or 2 after. Again this will work on keeping the weekly average inline with where you want to be.

Your food choices are most likely going to swing in favour of a greasy fry up, so why not have one?

Thats of course by making your own…

You can make a pretty well balanced, moderate calorie fry up quite easily. It’s only when you start frying eggs in oils, having high calorie sausages, hash browns etc the calories start to rocket.

You’ll most likely also be dehydrated the morning after, so keeping on top of your water intake will be important

It’s not necessarily the going out drinking that always causes the problem, it’s how you approach it, what you do during it, and how you respond the following day that can cause issues.

It’s not just the calorie contents of alcohol and how it can affect your nutrition than you need to be aware of though, Alcohol is processed differently to other nutrients and cannot be stored.

When consumed, 2-10% is lost through sweat, urine, and your breath, then the other 98-90% will be processed in the liver.

The problem being is that as your body will treat alcohol as a toxin, it will do its upmost to remove it from the body as soon as it’s consumed, and prioritise breaking it down and removing it  over  the metabolism of carbohydrate and fat.

The problem that this causes is that is could delay fat loss from postponing the breakdown and processing of fat and carbohydrate, that you body has to be doing efficiently when losing body fat.

Socialising is an important part of our life, and you don’t want a diet to effect this. There will always be ways of working around situations, making better,smarter choices which will in turn, allow you to keep to doing the things you like, while still achieving the goals you have always wanted.